The clear shot is one of the most common strokes used in badminton to hit the birdie high and deep, preferably all the way to the end line. This should definitely be used if you need to earn some time to return to the center of the court by driving your opponent to the rear end of the court. 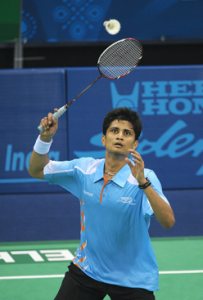 Now, watch the VIDEO presented by Badminton, England to see it in action.

This is one of the toughest shots to play in badminton. Usually, the backhand clear is used to get a player out of trouble and the player is not in the position to play a forehand shot. However, the purpose is still the same, to force your opponent as far back as possible. Read the instructional tips below on how to perform the backhand clear:

Watch the VIDEO presented by Badminton England to see it in action.

Ch.1 - Badminton by UGA PEDB Program is licensed under a Creative Commons Attribution 4.0 International License, except where otherwise noted.